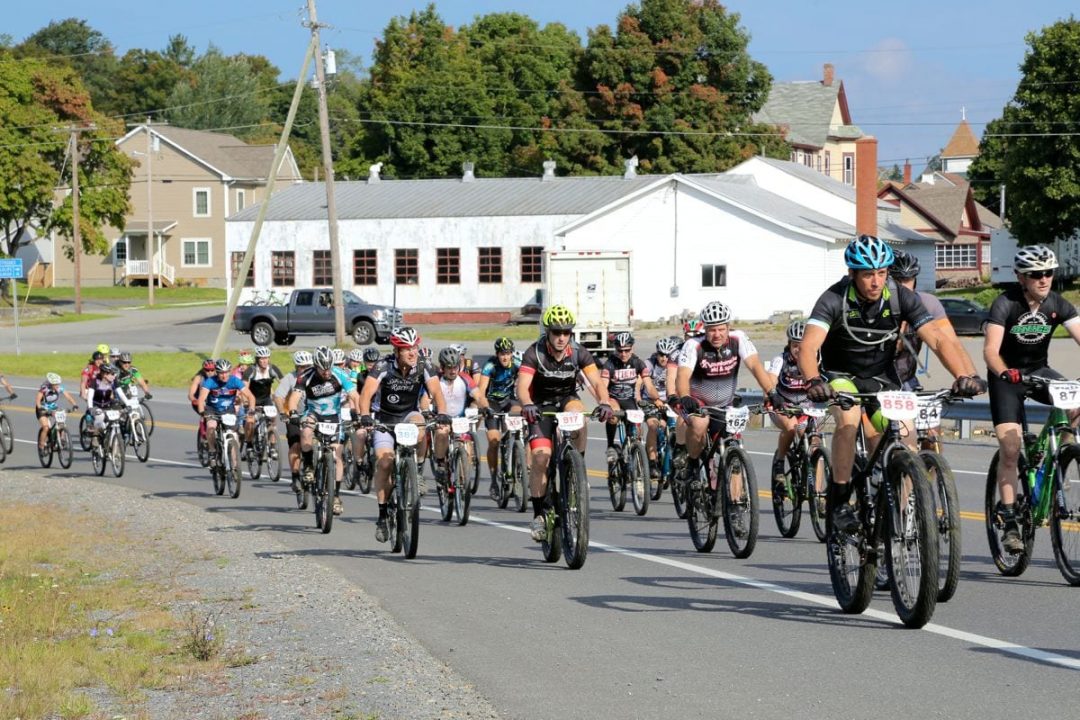 The bike town of Davis, West Virginia is Tucker County’s undisputed hub for outdoor adventure. A thriving mountain bike scene, Davis is home to a group of unique and eclectic individuals who explore Tucker County’s rugged highlands year-round on two wheels. With a utilitarian atmosphere based around bikes and brews, Davis offers an adventurous contrast to the hip, urban art scene flourishing just two miles away in Thomas. Both towns, however, have an illustrious and industrious heritage—Thomas as a coal town and Davis as a timber town.

So, how did logging lead to biking? The story is as long and meandering as Canaan Valley’s upper reaches of the Blackwater River. As one floats through the annals of history, it’s not hard to see how the Davis of modern times traces its tough-as-nails mountain biking culture back to its gnarled roots as a boomtown born from lumber.

The Town of Davis was established by railroad tycoon Henry Gassaway Davis in 1884. It was officially incorporated in 1889 with a population of 909 (nearly 30 percent more than today’s population of around 660). In the early days, massive old-growth red spruce trees formed a seemingly impenetrable forest. However, these ancient trees were no match for the tools of the time. The timber fell quickly while the economy grew rapidly in its place. By the turn of the century, Davis was home to over 2,300 people and over 80 businesses.

Through the early 1900s, logging, coal, and leather tanning ruled the roost in Davis. In fact, Davis Coal and Coke Company was among the largest coal companies in the world! But by the 1920s, things had dropped off as precipitously as they had risen. Nearly all the furry animals had been trapped, the trees had been felled, and the easy-to-reach coal had been mined. The lumber mills and tanneries were demolished, and the railroad was removed in 1984—exactly 100 years after it was established by H.G. Davis.

Just as the railroad was moving out, mountain biking was moving in. The fledgling sport was taking the country by storm, and it found a formidable home among trails meandering through Tucker County’s mountainous matrix of bogs and boulders.

But the early mountain bikes bore no resemblance to the technological machines of the modern era. The original mountain bikes were simply rigid-frame bikes with thicker, knobby tires—a far cry from the carbon-fiber frames, suspension systems and hydraulic disc brakes of today.

“The bikes have obviously improved quite a bit, but have gotten a lot more expensive,” said Matt Marcus, a Davis resident and lifelong mountain biker.

Marcus’s introduction to riding in Davis came in 1984 via a race in the Canaan Mountain Series, an entire season of races in and around Canaan Valley, produced by prolific organizer Laird Knight. According to Marcus, the early days of riding in the Canaan area were like the “wild west,” offering unlimited access to a network of trails. With the increase of protected public lands in Tucker County in the early 2000s, access to these trails would eventually become limited.

For a relatively brief period, mountain bikes and motorized vehicles shared the same trail systems. The infamous Blackwater 100, known as “America’s Toughest Race,” was a brutal 100-mile race through Davis and Canaan Valley. The race route created and utilized many trails, such as Moon Rocks, which are considered to be modern mountain biking classics.

The final Blackwater 100 race took place in 1993, having fallen prey to environmental impact and liability issues. Fortuitously, the year before, there began a new race, 24 Hours of Canaan, a grueling 24-hour mountain bike race. This was to become Tucker County’s premier two-wheeled racing event. Also organized by Laird Knight, the race featured the classic slogan: “If You Finish, You Don’t Suck.”

In 1990, Matt Marcus and Gary Berti purchased Blackwater Bikes from Knight. At the time was a mechanic-only outfit in a small building in Davis. Marcus and Berti turned it into the region’s first full-feature bike shop and operated it in downtown Davis until 2000.

Roger Lilly is a serving board member for Heart of the Highlands, a local trail advocacy organization. Lilly owned and operated Blackwater Bikes from 2000-2015. He has been building and maintaining trails in the area for more than two decades. “Mountain biking has always been a huge draw for tourism in this area,” Lilly said. “For many years Davis was the mecca of the East Coast for hard, technical riding.”

Operating today out of a brand-new building along the Blackwater River, Blackwater Bikes can both help visitors make sense of the matrix of trails and fix their bikes when the inevitable mechanical failure arises. Rob Stull, who took the reins from Lilly in 2015, considers the shop itself to be a local trailhead. “We provide local intel on trails, conditions, a bike-washing station, changing room, and deck to hang out on,” Stull said. His favorite trail is Splash Dam, a highly technical route that follows the Blackwater River upstream of Davis. In a nod to the lumber heydays, the trail is named for the now-defunct wooden dam used to raise the water level and float logs downriver to the mills.

Towns, resorts and parks across West Virginia have realized the potential for world-class mountain biking. Many have embarked on a flurry of building beginner-friendly trail systems. However, Davis still reigns supreme as the home of brutally rugged and technical East Coast adventure riding.

The Canaan MTB Festival is an annual grass-roots event celebrating all things mountain biking. Entering its twelfth year, the festival brings in hundreds of attendees for several days of rowdy rides, competitions and events. It serves as a fundraiser for local organizations like the Blackwater Bicycle Association (BBA). “It’s a chance for people to get together through an event that’s not a race,” said event organizer and local ambassador of stoke, Sue Haywood. The 2019 Masters Enduro National Champion, the ex-pro and local legend is passionate about sharing her love of mountain biking with the next generation of riders.

Some 134 years after it was founded as a timber town, Davis has evolved into a thriving hamlet and destination for adventure seekers of all disciplines. Local trail builders have been prolific, creating challenging trails that lure adventurous riders from across the country. An encompassing variety of trails include backcountry gravel grinds, bikepacking doubletracks, hard-packed singletrack and rooty, rocky technical masterpieces. With access to over 100 miles of trails, Davis and the surrounding Tucker County highlands have something for every style of off-road cyclist.

Article by Dylan Jones/Verglas Media
Featured Photo: The Davis start of the Revenge of the Rattlesnake – a WVMBA Ultra Race for over 30 years. Photo Credit: Victoria Weeks