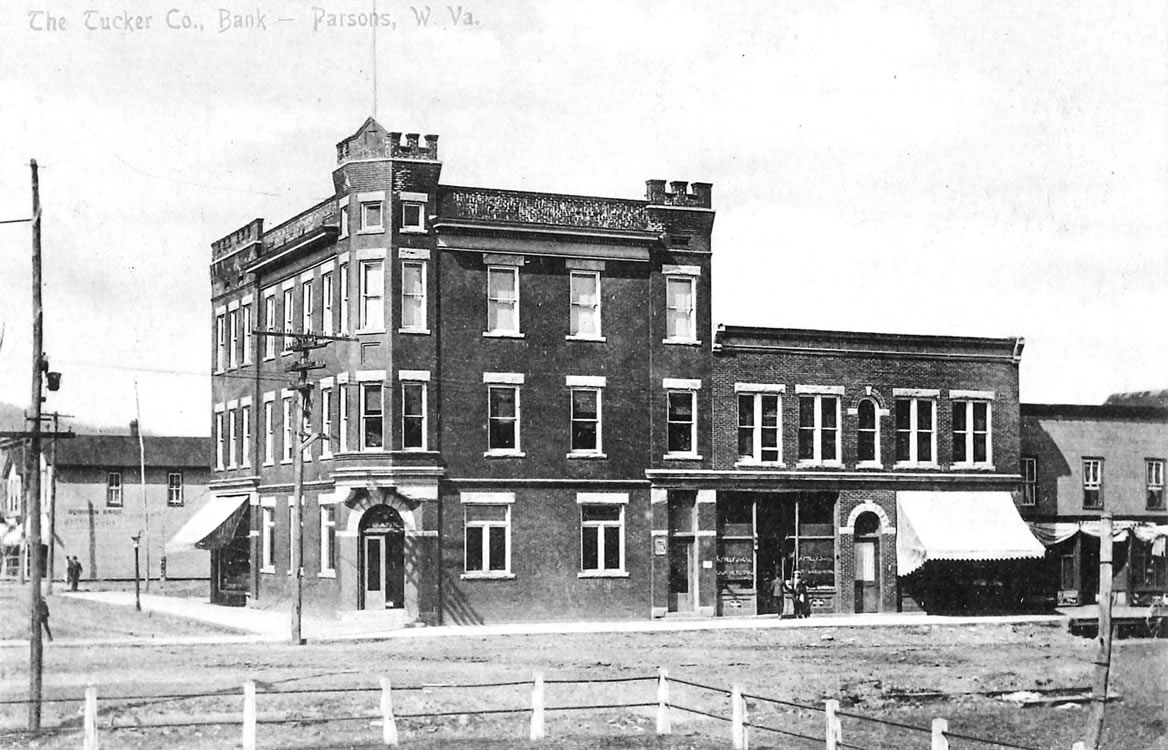 Founded at the intersection of the Cheat and Black Fork Rivers, the city of Parsons sports an interesting history. While Native Americans had likely visited here for centuries, the first record of present-day settlers dates back just over two hundred years. It was in the late 1700s that James and Thomas Parsons moved into the area from Hardy County. James had been taken prisoner in Ohio during the French and Indian wars but managed to escape and headed east encountering the land he and his brother would soon settle.

The first documented dwelling was constructed in 1830 when William Corrick built his house in what would become Parsons. It was not until 1893 that Parsons received its town charter–as an incorporated town in Randolph County, Virginia.

In 1856 Tucker County separated from Randolph County and the county seat was established in Fort Minear, now known as St. George. It would be another five years before Tucker County became located in West Virginia when the state officially broke off from Virginia.

In 1888 Parson’s development took off with the arrival of the railroad. The line was a part of the West Virginia Central and Pittsburgh Railroad, which ran to nearby Thomas and then beyond. This greatly expanded the opportunity for commerce as Parsons was in a mountain valley and these were still horse-and-buggy days.

After the railroad arrived, Parsons quickly shifted from an area that was largely agricultural to one based around industry; timber, a tannery and the Parsons Pulp & Paper Company. The population grew from 84, per the 1890 census, to over 2,000 during the boom years several decades later.

Battle for the County Seat

The county seat battle of 1893 was one of the more colorful incidents in Parson’s history. That year, Parsons citizens voted–not once, but twice–to re-locate the county seat from St. George to Parsons (the first election was declared invalid). When officials in St. George filed an injunction against the moving of county records, a mob of about seven hundred Parsons residents descended on St. George, took the records and moved them to a nearby farmhouse. The residents of St. George set off several dynamite charges as a warning, but in the end, no shots were fired.

Few people know Parsons as the site of an important civil rights case. Carrie Williams v. Tucker County Board of Education was settled in the Tucker County Courthouse in 1892. Williams, a school teacher at the segregated Colored School in the nearby town of Coketon filed suit against the Tucker County school board. It seems local officials, in the stated interest of saving money, had shortened the school term for her and her colored students, while white students remained educated for a full school year.

J.R. Clifford, West Virginia’s first African American attorney, elected to represent Williams in court. The pair won their case, allowing African American students in Tucker County to be educated for a full school year–equally with white students. This was good first step at equality, but it would be many decades before schools in the region became integrated.

As a town at the intersection of two rivers, Parsons experiences frequent flooding, but none as devastating as the fall of 1985. In early November, a series of severe rainstorms hit Parsons and the surrounding area. Within a matter of hours much of the town and nearby communities were cut off and under water. The flood destroyed many homes and businesses and remnants of the flood remain today.

Parsons has made great progress since that historic flood while continuing to honor its past listing three sites on the National Register of Historic Places: The Tucker County Courthouse, the Historic Bank Building and the Western Maryland Railroad Depot.

Historically isolated from easy travel to the east by mountains and two-lane roads, the citizens of Parsons anxiously await the completion of I-48. This Interstate Highway will link with Elkins, Davis and Thomas and provide high-speed access and countless new commercial development opportunities. For certain this will encourage new visitors and businesses to visit and settle in this unique mountain town.