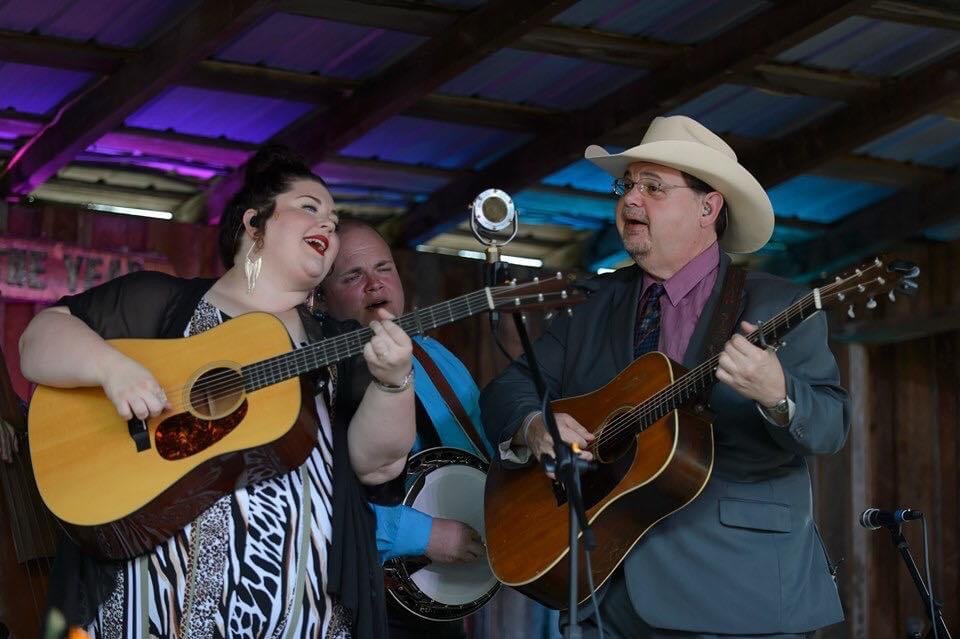 Music is life for Joyce and John Bowers, owners of the Five River Campground and creators of Pickin‘ In Parsons Bluegrass Festival in Tucker County, West Virginia. The five-day festival has been a Parsons staple for 17 years and running. In 2017, they won the prestigious International Bluegrass Event of the Year award.

The 2019 festival week saw an attendance of approximately 4,100 people from 46 states and 12 countries including Sweden, Germany, Belgium, France, Mexico, Asia and Australia. How did this music phenomenon come to be? Why has it captured the hearts of bluegrass fans worldwide? What’s in store for the festival come 2021? Read on.

Music lovers since childhood, the Bowers were avid attendees of live-music events all over the country. Married for 10 years and living in Upshur County, they decided it was time to start their own music venture. John, the son of an auctioneer, with a background in construction, and Joyce, working with those in need, knew they had the proper skillset to deal with the public and build their own business. With the help of a Realtor from Tucker County, they began to search for a space to build their vision.

“We sold everything we had and moved to Tucker County to follow the festival dream,” recalls John.

Their search landed them on the banks of the Shavers Fork River, just outside the Monongahela National Forest. They leased eight acres from the Parsons Revitalization Organization.

The inaugural Pickin’ In Parsons Bluegrass Festival took place in 2004. The first event was just one day, with six bands and 50 attendees. “It was one hundred percent self-funded,” says John.

By the next year, the lineup was extended to include national talent and a second day. Development of the Five River Campground was well underway, with 16 sites added to the first year’s 10 sites. Over time, the Bowers purchased the rest of the acreage that now encompasses the 50 acre campground, home to 120 full-service campsites and numerous tent camping sites.

Pickin’ In Parsons: Big Names in a Small Town

Seventeen years in, the Festival has become a five-day event. Each year, attendees flock to the wide-open campground to soak in bluegrass music served up by 25 national touring acts. Their first big name to perform at the festival was Ronnie Reno and the Reno Tradition in 2004. Now, the lineup is often graced with Grammy Award-winning acts.

The lineup for August 3-7, 2021 is hot off the presses. Kicking off the festival is the Caleb Daugherty Band. Over the next few days, several Grammy winners will take the stage: 2020 Grammy winner for Best Bluegrass Album Michael Cleveland & Flamekeeper on Tuesday and 2019 Grammy winner Rhonda Vincent & the Rage on Friday.

Festival goers will be treated to The Gibson Brothers on Wednesday and Larry Cordle & Friends on Thursday. Saturday closes out with Balsam Range. These are just a few of the many talented bands slated to perform in 2021, please see below for the full lineup.

Giving Back and Looking Forward

Such talent has a considerable following, and each year, Pickin’ In Parsons brings large numbers of tourists to the Tucker County music scene. There are clearly many economic benefits from thousands of visitors who come to the area as they stay in local inns, eat at area restaurants and visit popular tourist attractions. John and Joyce are grateful for such an opportunity, and do not take it for granted. During the festival each year, they host a large fundraiser for West Virginia Caring, raising thousands of dollars for hospice.

Covid came in 2020. And just four days before the festival’s start day, Governor Justice cancelled all outdoor events. It was a devastating blow to John and Joyce’s preparations. The festival budget had been poured into expensive precautions: rental of a huge Jumbotron screen, purchase of gallons of hand sanitizer, masks, etc.

Still, the Bowers remain confident and optimistic. “Live music will recover, people will move forward from this,” says John. He is proud to live and work in Tucker County, and excited for the upcoming 2021 Pickin’ In Parsons Bluegrass Festival and the breath of fresh air it will breathe into the community. He very aptly states, “Music is life for us.”

Tickets are available online and include an Early Bird Five Day Full Event price of $85.00 if purchased before July 5, 2021.